Procrastination has its Place

I have a Type A personality. And I’m a little OCD if we’re being completely honest here. I’m the type of person that wants everything done as soon as possible. Yesterday, even. I’ve always prided myself on these characteristics.

I became a mom. 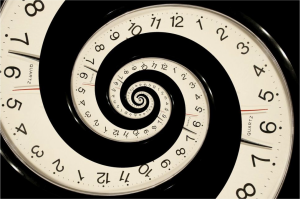 Suddenly, there was even more to do and less time to do it. While the desire to have everything done yesterday is still very much present, it no longer seems to be a possible feat.

I’ll admit that in between work and family obligations, my writing has taken a bit of a backseat. It’s still a priority…just not the highest one.  I make a point to write a little everyday, but gone are the days of two thousand to three thousand word sessions. For now.

Because one of the many lessons that I’ve learned as I try to navigate this thing called motherhood, is that procrastination has its place, too. I’ve even found that this shift has helped my writing, giving it a different depth than it had prior.

I still have a Type A personality. And I’m still a little OCD if we’re being completely honest here. I’m still the type of person that wants everything done as soon as possible. Yesterday, even. And I still pride myself on these characteristics. But if Jordan James is in the middle of a high speed chase and my little man announces his nap time is over…well, Jordan’s chase will have to wait…until bedtime.

“It was my life-long dream to become a private eye. Little did I know that with my very first case, that dream would become a life-threatening nightmare…”

When Jordan James decided to embark on a career as a private investigator, she never could have imagined that a chance encounter would lead to her staring down the barrel of a gun on the roof’s edge of a high-rise building. As she begins to investigate her first case, the puzzling murder of a prominent businessman that has left Boston’s finest mystified for more than two decades, she finds herself suddenly immersed in a treacherous underworld brimming with betrayal, raw greed, and political subterfuge of international proportions. In the midst of this, she discovers she is falling for her mysterious client despite the hints of his dark past. Can this feisty Southern girl with a penchant for trouble solve this baffling case or is she doomed to become another tragic chapter in an international conspiracy?

“It all started with a favor…”

When private investigator Jordan James agreed to search for the missing son of a U.S. Ambassador, she didn’t realize she was walking into a case one hundred years in the making. The deeper she delves into this unusual assignment, the more shocking, and the more dangerous, it becomes. With time running out and lives at stake, Jordan must race to identify the culprit of an elaborate plot while also uncovering a far more personal truth too intimate to ignore…

What happens when Jordan joins her best friend on location in Colorado for filming an episode of America’s favorite prime time series?

1 Response to Procrastination has its Place