Posted on February 12, 2018 by caroleannmoleti

I haven’t written anything substantial since NaNoWriMo ended-fiction wise or otherwise. Part of the problem was planning for deployment to Puerto Rico on a medical mission, which required a lot of energy and planning for what was a real life disaster as opposed to plotting a fictional one. It was a little spooky that Hurricane Maria was a “high end” Category 4 storm, like Hurricane Edward in Storm Watch. But while I do believe in synchrony, the novel was written over a year ago, inspired by real life experiences. Politics aside, the frightening escalations in the severity of storms over the past few years came home to roost when Hurricanes Irene and Sandy ( both Category 3 storms) hit New York City and had us on our backs for about a month each. That, and my childhood experiences with hurricanes,  were the fiction fodder for Storm Watch.

Natural disasters and weather magic are a big part of my current urban fantasy series in progress, but not even immersion in the reality of rescue and recovery sparked any desire to get back to writing the second book in the series. I’ve been back on the mainland for two weeks, and can barely write anything-fiction or non fiction-including a shopping list.

The cold and dark weather was wreaking its seasonal affective disordered effects long before I returned to mid-winter after sweating in the Caribbean sun making rounds in hurricane ravaged areas. And trying to make sense of my thoughts and feelings, and put them into writing that will eventually make its way into my memoir is still caught up in a logjam of emotion and haunting memories of what our teams could do to help–but also what we could not do and what that means for real people, not fictional characters. 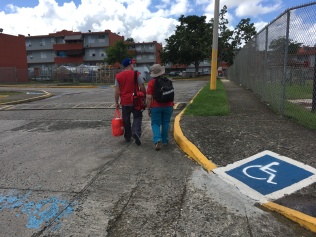 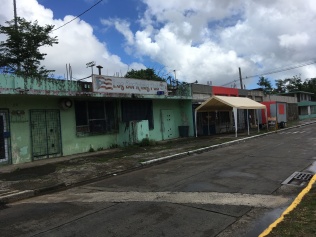 I’ve decided that rest, reflection, and channeling whatever energy I can muster into next steps that I can take in real life are what I need right now to light the spark to conjure characters and plots that, even with paranormal elements, resonate with readers.

Here’s how I worked it out in Storm Watch:

Mike picked up the phone on the desk. Still dead. His cell phone was, too. “Stay here, Sandra. I’m going to try and get help.” He grabbed the keys to Liz’s car.

The Bimmer was buried under pine boughs. It took a while to move the branches out of the way, and the doors were stuck shut by the crushed edge of the roof. A few kicks later, Mike had the driver side door open and slid into the seat. He held his breath as he turned the key, but there were only a few clicks before the entire electrical system blacked out.

He pounded the steering wheel. Even if he could find a radio somewhere and get a call out, would anyone be able to get here in time?

Harley had been shoveling sand for hours and, despite his age, showed no sign of tiring. He’d worked his way around the porch, and was now excavating a path from the driveway to the road. But just like in a blizzard, digging out your property would do no good until a bulldozer came along to clear the main routes.

Harley pushed the shovel into the dune covering all of Route 6A. “What?” He yawned, knitted his fingers, and stretched his arms.

“I’ve got to get Liz to a doctor. And Sandra is looking a bit sickly, too. Any ideas?” Mike found it hard to believe that a ninety-six-year-old could have more energy than the three of them put together.

“In the old days we’d collect driftwood and light a fire. Course then there weren’t no weathermen to tell us a storm was comin’. We learned to tell by the sky and wind direction.” Harley yawned again.

“You too tired to go now?” Mike was in a hurry, but rushing the poor old guy wouldn’t help.

“Nah. Water and food will be running out soon with four of us.” He waved for Mike to follow and started down to the beach.

Despite his age, and the ordeal he’d been through, Harley walked effortlessly around the piles of debris. Mike was the one huffing by the time they got to the top of the dune the storm had created. 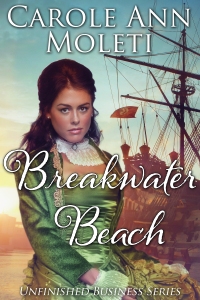 Nurse Practitioner, Nurse Midwife, Mother. Writes fantasy because walking through walls is easier than running into them. Writes political commentary, memoir and creative nonfiction because....I am not a well behaved woman.
View all posts by caroleannmoleti →
This entry was posted in Calling On Carole!, Soul Mate Publishing and tagged Carole Ann Moleti, hurricanes, Soulmate Publishing, Storm Watch. Bookmark the permalink.