Waiting to Be Prospected

Posted on August 5, 2018 by Joanne Guidoccio 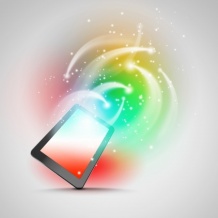 Without that special spark, we would not be able to write our novels and short stories. But sometimes, that spark is nowhere to be found. We imagine a scenario and then just as quickly it evaporates, leaving us frustrated and worried that the well has finally run dry.

Instead of searching for “new” ideas, it might be better to focus on what already exists. Everything we have seen, heard, read, or done is simmering in our brains, waiting to be prospected.

Here are some suggestions:

Where to find Joanne Guidoccio…

In 2008, Joanne retired from a 31-year teaching career and launched a second act that tapped into her creative side. Slowly, a writing practice emerged. Her articles and book reviews were published in newspapers, magazines, and online. When she tried her hand at fiction, she made reinvention a recurring theme in her novels and short stories. A member of Crime Writers of Canada, Sisters in Crime, and Romance Writers of America, Joanne writes paranormal romance, cozy mysteries, and inspirational literature from her home base of Guelph, Ontario.
View all posts by Joanne Guidoccio →
This entry was posted in What's Up With Joanne!. Bookmark the permalink.

8 Responses to Waiting to Be Prospected