By Rote with Ryan: Criticism

Criticism : How to give it as a reader and take it as a writer.

Raise your hand. Who here likes criticism? Be honest now. Some might enjoy giving it, but almost no one likes receiving it. Am I right?

Lately I’ve been thinking about criticism both as a reader and as a writer, and how, when given and received correctly, or in the right vein, they can make both parties a better person.

First, dear reader. Either you are asked to read something as a favor or some other reason. Or you have read something and now Amazon or Goodreads or some form is asking you for your feedback. Or any other reason one could think of where their opinion is solicited. When you give your thoughts, first of all, be honest. That is what you are obligated to be. Anything less isn’t criticism but lying.

Give constructive, not hateful, criticism. Give concise examples and if possible, give solutions. If the plot started strong, sagged in the middle and fizzled by the end, state so. Don’t just say the plot seemed weak. If the characters were all over the map with their insecurities, decisions, and actions, say so. Don’t say the characters were hard to understand. Maybe a better outline would be beneficial. Perhaps the author should have more detailed character profile notes.

That is helpful criticism. That is what writers–and other readers– want. Have you ever looked at a book at say, Amazon, that looked promising. Then, before purchasing, looked at the reviewer comments? My decision on whether to hit the ‘Buy Now’ button is largely shaped by the reviewer comments–or criticism. Some of the details they provide enable me to decide if the book is as promising as I initially thought or if it loses its luster. It’s not just the number of starred reviews, it what they say. 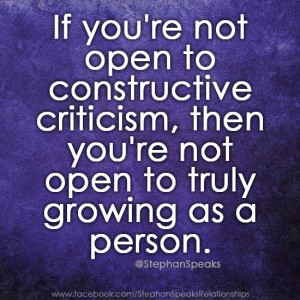 Second, dear author.  First, and most important, Don’t. Take. Criticism. Personally. Really, seriously, it’s not an attack on you. A huge percentage of criticism is given by people who don’t even know you. It’s on opinion of your work. Wait to read news until you are of the frame of mind to accept whatever it may say. If that requires a chocolate bar, a coffee, a glass of wine or whatever, wait until you’re ready to read the good, the bad, and the ugly. Or the glowing praise.

Look at every piece of criticism, review, and opinion carefully for a takeaway. Treat each one as a lesson, or a gift. That is exactly what they are. Gifts from your readers, whether they be editors, beta readers, verified purchase readers, friends, and family or co-workers. If they state the plot sagged or the characters were clueless, take note. If it was just a couple out of dozens, then take that note with a grain of salt. Some people enjoy tearing others down and are hard pressed to find anything positive to say about anything. I’ve read reviewer profiles when I received 2 or 3 star reviews, and realized most of them were given by people who almost never give above 3 stars for anything. They serve to balance out the reviews and validate the majority of better ratings. 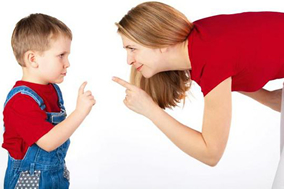 Last, look for multiple mentions of the same thing. On the flip side of the above comment, if you see frequent remarks repeated from comment to comment, then take note. So many people can’t all be wrong. If they seem to all agree the pacing was wrong, or the conflict wasn’t strong enough or clear, or the story lacked arc, or whatever points they make, it would behoove a smart writer to go back and look specifically for that. And also carefully comb through current works-in-progress for the same thing.

So, when viewed through the right lens of perspective, criticism, or honest opinions, can be a good thing to provide and a nice gift to receive.

3 Responses to By Rote with Ryan: Criticism