November is for writers!

National Novel Writing Month (NaNoWriMo)  is a huge phenomena in the writing word each November. The basic idea is to let go of your inner critic and write 50 thousand words during the month. While not every author participates, most authors have at least heard of the event, which sometimes seems more like a movement. There is a slick website with stat trackers of all different kinds as well as community forums on every writing topic out there.

The event has continued to grow over the last twenty years, with participants all over the world and at all stages of their writing journeys. Some pros swear by it, and I always like to recommend it for aspiring writers as a way to break down the fears that come with being new and untested. There is something very powerful about just letting go and writing.

When I was just starting out as a writer, I found NaNo incredibly freeing as it gave me permission to write whatever came to mind, as long as I kept the words flowing. I also found it inspiring to go to the meet-ups and connect with other people engaged in this often solitary pursuit. There is nothing sweeter than the solidarity and support of other writers.

As I gained my writing chops, the NaNo structure stopped working as well for me. With a simple goal of producing words, I would over write, or let my story wander down side plots and dead ends, just in the name of getting words on the page. The speed required for NaNo (roughly 1667 words a day, every day) was also too much for me to sustain long term. By December I would have a very messy manuscript and a serious case of  burn out.  I also struggled with the recommendation to start something totally new every year. With publishing deadlines and other considerations, it was rare that I would be at the first stages of drafting in November. So it’s been a few years since I’ve officially thrown my hat in the NaNo ring and tried to reach for the 50k gold star.

Yet I still recommend the event to anyone who “wants to write a book some day.” Even if you find the breakneck pace and word count driven mania aren’t for you, you’ll have more words than when you started, and hopefully more writer friends, too.

This year I’ve been fast drafting and working on a new project all fall, which made the siren’s call of NaNo more difficult to resist. I decided at the last minute to sign-up and go for it again. After all those messy drafts have worked out for me in the past as both Taxing Courtship and Deadly Courtship first took shape during November sprints. Now the revisions needed on those drafts is a whole ‘nother story…

I’m a NaNo rebel since I’m continuing work on a started draft, rather than starting from scratch on day one. It’s been fun to push myself, increasing my writing speed and really focusing on getting this draft, however messy, done. Two weeks in, I’ve had my good days and my bad days. I’m woefully behind on my word count, in part because I insist on taking weekends off, for my own sanity and life balance. Still overall it has been satisfying to watch the word count tracker tick up, and know that I’m making solid progress on my next book. For no matter what happens, I’ll end the month with more words than I started.

What about you? Have you ever participated in NaNoWriMo or know someone who has? Does the structure work for you or are you a NaNo rebel? 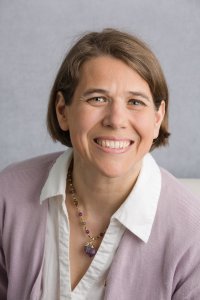 Jaycee Jarvis has been an avid romance reader since devouring all the Sweet Dreams books her middle school library had to offer. Also a fantasy fan from an early age, she often wished those wondrous stories had just a bit more kissing. Now she writes stories with a romantic heart set against a magical backdrop, creating the kind of book she most likes to read.  When not lost in worlds of her own creation, she resides in the Pacific Northwest with her husband, three children and a menagerie of pets.

Jaycee is a Golden Heart® finalist and author of the Hands of Destin series. The award winning first book in that series, Taxing Courtship, released in June 2018.

Learn more about her around the web:

3 Responses to November is for writers!