Although she’s well known for the sophisticated medical drama with a soap opera bent, Shonda’s not the creator of the streaming service’s new series, Bridgerton. Labeled a Regency-era romance drama and based on a novel by Julia Quinn, the eight-episode season is the first series Shonda has produced as part of her Netflix deal.

Among those of us who read and write Historical Romance, the majority of reviews have been positive. My social media feed blew up on Christmas day, when the series was released, by the #bookstagrammers on Instagram who couldn’t binge the series fast enough.

On the professional side, Rotten Tomatoes gives the Bridgerton series a Certified Fresh score of 92%, a special distinction awarded only to the best-reviews for movies and TV shows. And another respected review site, IMDb, has given the series an average rating of 7.6 out of 10.

Regardless of professional reviews and personal recommendations, Historical Romance writers should bask in the Regency storytelling spotlight after recent years of waiting in the wings for an encore.

Yet, any authority on publishing will tell you, authors shouldn’t try to chase after a market. It may take up to a year or more to get a book on the shelves, virtual or physical. However, for those of us with already published Historical Romance novels, I’ll speak for us as a group, we’ll answer a call from Netflix.

And what if you have a Historical Romance manuscript under construction right now? How can you make it salable to TV or Film producers? According to Forbes Magazine, we are in a “golden age of content” with streaming services like Netflix needing compelling stories and needing them now.

One author, Alys Murray, who recently wrote an article on “Writing a Hollywood-Ready Book” for Romance Writers Report, can speak from experience as a screenwriter too. One of her novels was made into a Lifetime Movie. Like Alys, I believe most authors would love to see their work on the big screen, not to mention benefit from the financial rewards.

If you are an RWA member and adaptation is one of your goals, I suggest you check out her article in the November edition where she gives detailed recommendations, and shares why content-hungry streamers and production companies are ready to option books, especially romance.

Marisa Dillon has a three-book historical romance series published by Soul Mate. She invites all readers, including film and television producers, to check out her books on Amazon. 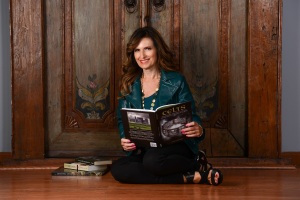 This entry was posted in Soul Mate Publishing. Bookmark the permalink.