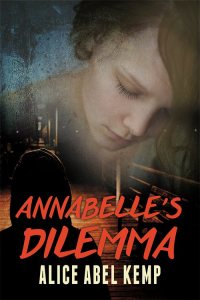 The wife of a homicide detective, Annabelle owns a struggling quilt shop where her best customer is a demanding, complaining, pain in the butt. David, Annabelle’s husband, tends to neglect her when the bodies in New Orleans start piling up. Annabelle daydreams about and flirts with her cousin’s gorgeous, sexy husband so much so that her cousin angrily accuses her of trying to steal him away. But when her cousin is found dead, both her husband and Annabelle are suspects because they will share a large inheritance.

Although David opposes starting a family, Annabelle becomes pregnant. Upset at the news, he asks if he’s the father. If the detectives’ suspicions and David’s accusations aren’t enough, Annabelle fears that there’s a deranged man stalking her, and he ultimately kidnaps her. Detectives Margaret Angelo and Max Wilson (last seen in The Taste of Her) rescue Annabelle but then have to arrest both her and her cousin’s husband.

What did happen to the cousin? Will the detectives untangle this mess in spite of troubles in their own lives? Can Annabelle and David’s marriage survive?