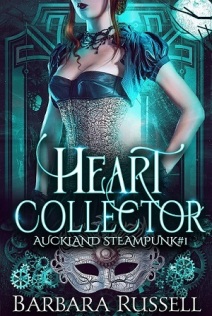 As a serial killer dubbed the Heart Collector starts slaughtering Supernaturals, Isabel tries to recruit Murk, a dangerous Supernatural man who can turn himself invisible.

Being an empath, she senses other people’s feelings as if they were her own. Anger, lust, love, worry—souls have no secrets for her. If Murk wants to attack her, his feelings will broadcast his intention, and she’ll be ready.

What Isabel isn’t ready for is to meet the man who will collect her heart and to fall in love with him.