The Dark Side of the Mountain, by Bonnie S. Johnston 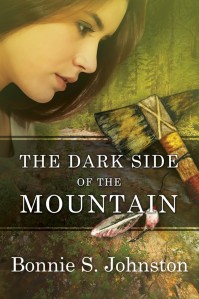 A blend of fact and fiction, The Dark Side of the Mountain describes two turbulent decades in the life of Anna Margaretha Mallow, an extraordinary woman caught up in events she cannot understand or control. Moved by her husband to the frontier of Virginia at the beginning of the French and Indian War, she and her five children are forced to seek safety at Fort Seybert from the notorious chief Killbuck, who is on a death march to save his people and culture.

Surviving what becomes a deadly massacre, Anna and her children are taken captive and marched to the Ohio River Valley where she endures indescribable losses and change. Only courage and perseverance sustain her during his dark period in American history.