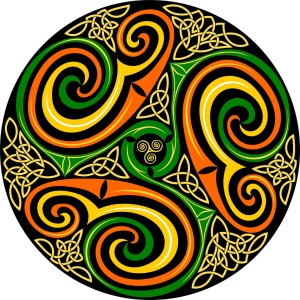 Gifford MacShane is the author of historical fiction whose writing features a family of Irish immigrants who settle in the Arizona Territory in the late 1800s. Her debut novel, Whispers in the Canyon, will soon be available from Soul Mate Publishing.

MacShane has always loved folk music, whether it be Irish, Appalachian, or the songs of the cowboys.  Her love of the Old West goes back to childhood, when her father introduced her to the works of Zane Grey. She became interested in the Irish diaspora after realizing her father’s family must have lived through An Gorta Mor, the Great Irish Potato Famine of the mid-1800s. Writing allows her to combine her two great interests into a series of family stories, each including an element of romance and a dash of Celtic mysticism.

MacShane is a member of the Historical Novel Society and SavvyAuthors, and an #OwnVoices writer. Having grown up as part of a large & often boisterous Irish-American family, she is intimately acquainted with the workings of such a clan and has used her experiences to good purpose (though no names will be named!)

A self-professed grammar nerd who still loves diagramming sentences, Giff currently lives in Pennsylvania with her husband Richard, the Pied Piper of stray cats. You can contact her through her website http://www.giffordmacshane.com.