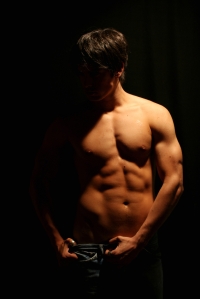 Marc was born in the mind of a published author. A bastard child, cut off without his father’s name or support. He’s is also a fictional character living in his own story. A pen name if you will, but also something more than that. His fictional world often intersects our real one.

Born fully adult on January 12, 2013 with the start of his blog, he’s been killed off twice, then resurrected because he just refused to die.

Marc Stevens is a man in the shadows.