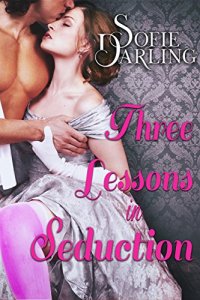 Lord Nicholas Asquith needs his wife. Too bad he broke her heart ten years ago.

Can he resist a second chance at the love he lost?

When Mariana catches the eye of the man at the center of an assassination plot, Nick puts aside their painful past and enlists her to obtain information by any means necessary, even if it means seducing the enemy agent.

Even if the thought makes his blood boil.

Only by keeping his distance from Mariana these last ten years was he able to pretend indifference to her. With every moment spent with her, he feels his tightly held control slipping . . .

Can she trust the spy who broke her heart?

Mariana spent the last decade forgetting Nick. Now she has the chance to best him at his own game, an opportunity she can’t resist, even as her view of him begins to shift. Increasingly, she wants nothing more than to seduce her own husband . . .

It’s only a matter of time before mad passion ignites, a passion never convincingly extinguished. A passion that insists on surrendering to the yearning of the flesh and, quite possibly, of the heart.