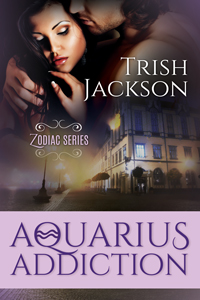 Anyone who thinks God doesn’t have a macabre sense of humor, answer this—why did He bring Andre Rossouw into Arlette’s life on the same day her doctor told her she was about to die?

Attractive FBI Psychic Arlette Xylander displays all the character traits of her star sign, Aquarius, being feisty, eccentric, freedom-loving, flirtatious, rebellious and unpredictable. She may be only five feet tall, but she epitomizes the old adage that dynamite comes in small packages. Her emotions rage between denial, anger and tears when her doctor tells her she is suffering from a rare terminal disease. When hunky Andre Rossouw asks her to help find his sister who has been missing for four years, Arlette makes two decisions. To beat the disease and find a cure, and to have wild and passionate sex with him.

Then she finds out he has a fiancée.

Arlette’s country home on the banks of Bayou LeGue was left to her by her mysterious aunt Lucie, whom she never met, and whom her dysfunctional parents have never been willing to discuss. She often wakes in the dark hours of the night to hear ghostly voices downstairs, and wishes she could find out who they are and what they want.