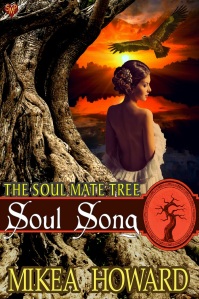 Dottie thought she had it all: a successful singing career, a handsome fiance, and a starlet’s wardrobe. Sudden betrayal brought it all crashing down around her. Those she trusted most played her as nothing more than a pawn. One misstep while fleeing the scene trapped her in another world alone, save a mysterious visitor.

Guatimozin, an eagle shifter, has spent ages assisting people through the realm between life and death, leading them to join loved ones on either side. No one had ever made him want anything for himself until he discovered this city girl.

Forces plot against them and time is short. Soon, the chance to build their connection will be too late.