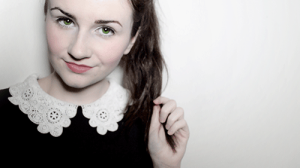 Madeline Parkinson spent eighteen years being an expat, studying in a range of different cultures and countries around the world. She learned about conscription in history class and evolution in biology class –these combined elements inspiring her to write her first novel: Castigation.

Madeline splits her time between living in Hong Kong with her father and Melbourne with her mother. She’s now trying to be like every other teenager, by studying for her final examinations and SATs.