The Marker, by Meggan Connors 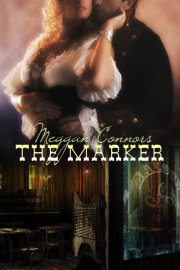 When her father loses her in a poker game, Lexie Markland is sent to work in the household of Nicholas Wetherby for one year to pay off the debt. Innocent but not naïve, she is savvy enough to know she must maintain her distance from this man who frustrates her with his relentless teasing but whose kisses bring her to her knees. Because although she may be just another conquest to him, the marker he won at the card table, it’s not just her heart in jeopardy should she succumb to Nicholas’ considerable charms.

Since his brother’s death almost a year before, nothing has held Nicholas’ attention for long–not women, not booze, not even an excellent hand at cards. Nothing, that is, until he meets the woman he won in a drunken night of poker. Intrigued by his prize and her chilly reserve, he makes it his mission to crack Lexie’s cool demeanor. But even as passion explodes between them, the question remains: will Nicholas be able to take the ultimate risk… and gamble on love?