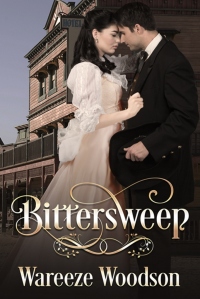 Elizabeth lifted her chin. After fifteen years, she was back in Bittersweep, Texas, intent on discovering the reason she and her family were forced to leave without her mother in the wagon. Her memories were that of a five-year-old child, but she still recalled blowing cinders and ash rising over the treetops behind the wagon. She needed to know if her memory was accurate or clouded with age.

Under the assumed name of Campbell, she had accepted a teaching position in the small township. Her first encounter with the chairman of the schoolboard was a disaster. He jerked her out of the way of a team of runaway horses dragging a heavy wagon directly toward her. Drat! She was off to a great start