For the Love of Laurel, by Patricia Harreld 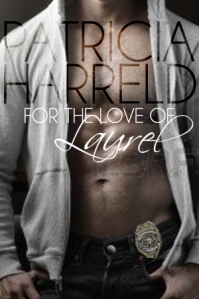 At her wealthy father’s funeral, Laurel Avidon is given an old newspaper article. At first she ignores it, but soon, circumstances in her life cause her to begin a search for the truth. She suspects her father’s bodyguard/chauffeur, Dylan Kraft, knows more than he’s telling. Sometimes he hampers her efforts, and sometimes helps her, but she is certain he is always in control of the amount and type of information she gets. What makes it worse, even as she fights him at every turn, she senses a growing attraction between them she neither needs nor wants.

As her quest takes her from her privileged life into the shadowy world of the DEA, encrypted messages, and drug lords, she finds that the people she knows aren’t always who she thought they were–maybe not even Laurel herself.